Here’s why I don’t completely believe golf simulators or launch monitors: it’s really easy for recreational players to get wrapped up in the numbers. Any avid, average golfer has read about how the pros try to optimize “low spin, high launch” in their drivers. Then they get on one of these high-tech machines and flail away, scrutinizing numbers and subconsciously changing their swings to try to fit the ideal they’ve pictured in their heads.

Me, I prefer to test out clubs on a course I know well, where my normal shots, strategies, and yardages provide a baseline for comparison.

Such was the story of the 2021 Srixon ZX5 Driver ($500). When it arrived on my porch in February, snow was still falling, and the only place to swing it was on the simulator of my home course. So off I went with it and my go-to big stick from the previous season for a head-to-head.

Overall distance was similar between the two, but the ZX5 launched a lot higher, due, I thought, to more backspin – like, 3,000 RPM more. Beguiled by numbers, I thought, “Hmmm. They say low spin is better.” I put my current driver back into my bag and took the ZX5 back home to wait for spring. 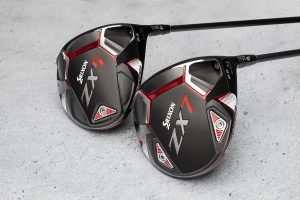 If the proof is in the pudding, then when it comes to golf clubs, the pudding is the golf course. Springtime came, my home course opened, and I took the ZX5 out for my first two rounds. Conditions were cold, damp, and blustery. Nevertheless, the first drive of the year launched high and long, and it split the fairway. Already better than the simulator.

The main feature of the ZX5 is a 15% larger carbon crown compared to previous iterations, which moves weight lower and farther back and boosts MOI and COR (more numbers recreational golfers use a lot but know little about)—hence the reported backspin, I suppose. The ZX5’s sister driver, the ZX7 ($530) has a deeper face and two adjustable weights in the sole, compared to the one in the ZX5. I’m not much of a fiddler, so the single weight of the ZX5, along with the standard adjustable hosel, is plenty for me.

It was on the 12th hole – one of my several nemeses holes – where the ZX5 revealed its true stripes. The 12th is a 510-yard par 5, with OB all down the left and water on the right about 260 yards off the tee. I haven’t hit driver here regularly for probably 10 years because I can reach the water and I can rope-hook OB without equal likelihood. But I’d hit so many fairways already, I figured I’d give it a try. Watching my ball rocket over the hill 160 yards from the tee, right of the trees and left of the tall red post marking the start of the water, one of my playing partners said, “That Srixon is doing some good work for you today.” 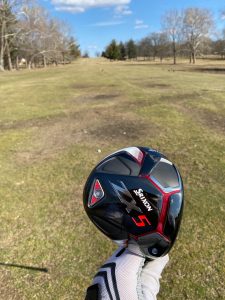 The result: the best drive I’ve hit on 12 in over a decade, with only 198 yards left into the green. (I hit the front of the green with my 2nd and proceeded to 3-putt for par.)

Srixon might not be the first manufacturer that comes to mind when you’re shopping for new clubs. But you’d be wise to give them a chance. Their tour-level clubs are as good as any on the market—as evidenced by Hideki Matsuyama’s Masters victory. Their standard clubs are equally competitive. The ZX5—like all the new ZX woods—feature the Rebound Frame, which increases ball speed, especially on center-struck shots, along with the aforementioned carbon crown, which provided remarkable forgiveness. In my two rounds (so far) with the ZX5, I’ve hit 50% of fairways, which is a significant increase over my normal 32.5% of fairways hit.

Now that’s a number that I can believe.

If you’re looking for irons to complement a new ZX5 Driver, the ZX5 Irons ($1,300) are the perfect match. Forged yet forgiving, the AI-designed face delivers both feel and power. I’ve tested a few of these on the range, and, for whatever range work alone is worth (everything is easier on the range), workability was impressive – calling my shots was a breeze. Better players might opt for the ZX7 or the ZX blades. 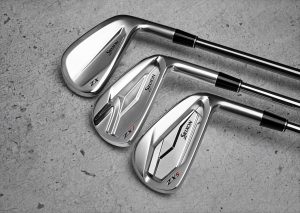