When it comes to golfers, there’s a continuum running from those who commit to playing one brand and model of golf ball to those who put into play literally any ball they scoop out of a pond, stumble upon in the weeds, or spot in the woods.

Me? Well, I’m somewhere in the middle. I’ve learned that there’s a huge difference between various golf balls, and some do simply perform better *for me* than others do. However, I also have learned that there is a fairly large number of recreational players for whom the golf ball they use is one of the lesser impediments to their consistent success.

I have grown particularly fond of several companies’ balls, though, especially during this past summer, in which my game has stabilized and improved to the point where I can fairly compare one model against another.

These are the five golf ball models, from four different manufacturers, that have made the biggest impressions on me this season. 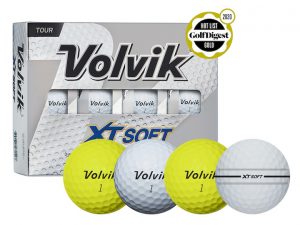 Volvik <volvik.com> is one of the most intriguing and fastest-growing brands of golf balls. They certainly win the “unique line-up” award. Volvik’s balls are widely played on the LPGA Tour, and the company sponsors the Long Drive Tour. I’ve written several times about their Marvel Comics Universe super-hero balls, which are fantastic gifts and conversation pieces as well as solid performers.

The XT Soft model represents an affordable premium entry that received a Gold rating on Golf Digest’s “Best New Golf Balls” Hot List this year in the over $35 premium category. The special sauce in this three-piece, urethane-covered ball is bismuth, a metal that is incorporated into the core. Now, bismuth is a key ingredient in Pepto-Bismol, and I’m not positive I understand what it does to promote energy transfer in a golf ball. But I can confidently report that I never experienced any queasiness while playing the XT Softs.

The yellow version of the XT Soft is the most visible yellow hue I’ve ever played, and both the white and the yellow perform admirably. They are long off the tee and offer excellent control around the greens. The three-line alignment system is perhaps the best on the market. Interestingly, whenever I play these, I feel like I get helpful bounces off trees, too. Maybe it’s the bismuth, I don’t know. These balls just seem to pop back into play somehow. 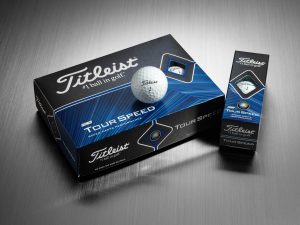 MyGolfSpy.com has fabulous golf ball testing facilities and methods, and according to their crack staff, there’s a reason the ProV1 has dominated the golf ball market for so long: Titleist has some of, if not the, most stringent quality control in the golf ball world.

Titleist brings that same meticulousness to the production of their new Tour Speed balls.

I’ve played the Tour Speeds several times, and they do indeed have a piercing ball flight that launches like a bullet and plays particularly well in hard, fast conditions. Spin and feel on the greens are not as exquisite as ProV1, but they are very well behaved and consistent. It seems like my distance judgment on pitches, chips, and putts is always particularly good on days playing the Tour Speeds. It’s sort of a Goldilocks thing: not too much spin, not too little—just right. If the ProV1 feels too squishy or spinny for you, give these a whack. 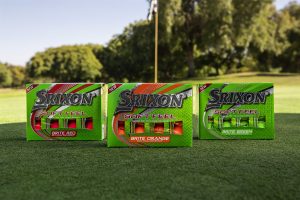 If your absolute bottom line when it comes to golf balls is finding the best ball possible at the lowest price possible, Srixon Soft Feel has been your go-to for several years now. Are they the longest ball you will play? No. But do they combine competitive distance with excellent responsiveness around the greens? You bet they do. So if you tend to lose a lot of balls, you can stock up on these at basically 2-for-1 the price of “premium” balls.

And if you do lose a lot of balls, try the new Brite version of the Soft Feel. These golf balls in orange, red, and yellow-green practically glow. For a somewhat seasoned player such as myself (ahem), whose seasoned eyes have trouble following the ball in the air, especially in overcast conditions, the Brites make an enormous difference. 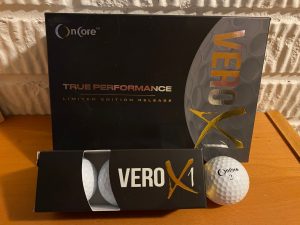 Buffalo-based OnCore Golf <https://www.oncoregolf.com/> probably makes the best balls you’ve never heard of. The direct-to-consumer manufacturer has three models: Avant, ELIXR, and the brand-spanking new limited-edition prototype Vero X1. I’ve written about the ELIXR before, reporting about the good impression it has made. It is a three-piece, value-priced premium ball that performs as well as or better than balls selling for $10 more per dozen. The ELIXR incorporates OnCore’s original design idea: metal in the mantel. This combination of performance and price-point has earned the ELIXR a Golf Digest Gold rating for 2020.

OnCore’s new premium four-piece, tour-caliber ball is the Vero X1. This ball also has the metal-infused mantle, 85 compression, and a premium cast urethane cover that in combination produce tremendous distance off the tee and spin around the green. I played the Vero X1 over two rounds in a recent tournament and experienced something I rarely, if ever, have before: backing the ball up on the greens. Seriously, with everything from a 6-iron on down, I was able to spin the ball back on the greens of my home course between 6 inches and 6 feet. In fact, for the first time in my life—including rounds played with ProV1(x)—I had to worry about backing the ball up too much. I mean, seriously?

And just in case you’re skeptical about a direct-to-consumer outfit, you might be interested to know that OnCore not only has team members like the Dallas Cowboys’ Ezekiel Elliott, but is also breaking ground on a $30 million golf entertainment facility with an integrated hotel in spring, 2021. The facility will feature heated hitting bays with virtual and augmented reality capabilities, swing analysis and diagnostics, and 120-160 hotel rooms. According to a press release from 2019 (before the pandemic), OnCore Buffalo was also “exploring numerous additional sports entertainment options … including year-round indoor surfing, skateboarding, and snowboarding, and bays with simulated baseball, basketball, hockey, and archery competitions.”

So OnCore must be onto something, because they seem to be selling plenty of golf balls. And as soon as their sports nirvana opens up, I’m shuffling off to Buffalo! 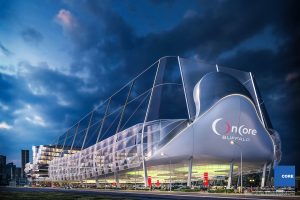 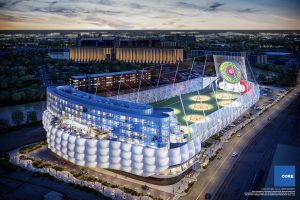